National University «Yuri Kondratyuk Poltava Polytechnic» is institution of higher education where students have the opportunity to undergo military training program for reserve officers and in parallel to their major at the end of the university to receive the rank of officer. Military training of students aims to prepare for the Armed Forces of Ukraine devoted Ukrainian people, mentally stable, disciplined, highly qualified reserve officers who have the knowledge and skills, which are necessary to successfully performance the primary tasks for officer positions. Today, thanks to the cooperation of the University Institute of Telecommunications and Information DUT and I.M. Kozhedub Kharkiv Air Force University, preparing students conducted in two fields of training: military expert of Radio and Telecommunication air defense. 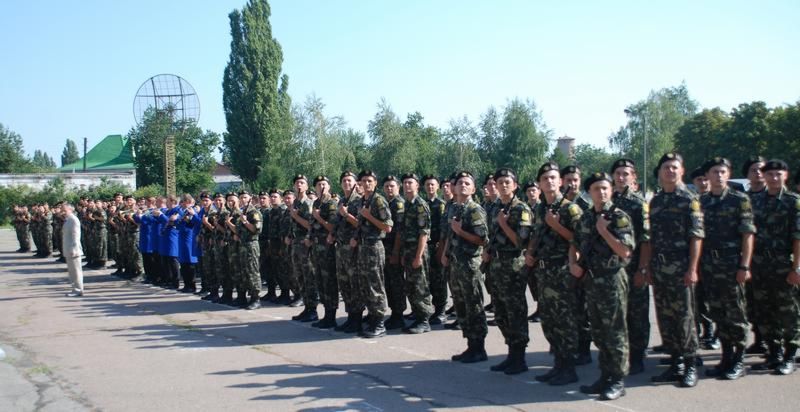 Cadets at the solemn oath of allegiance to the Ukrainian people

Every year the number of applicants to undergo military training constantly increases. First of all, thanks to the high professional training of experienced faculty. The positive impact of military training on comprehensive student activities is clear: discipline, organization, respectful attitude towards coaches, older people accountable for their actions during training. All this contributes to the student are important for new features in their character, namely increasing responsibility for the success and quality of education in all academic disciplines, pride of studying in National University «Yuri Kondratyuk Poltava Polytechnic», the willingness to protect their native homeland.

Within two years of study, students study the following sections:

- Combined training, which aims to study the requirements of the statutes of the Armed Forces of Ukraine, the foundations and rules of firing staff weapons, methods of preparation and conduct of military exercises with training,

- Tactical and special tactical training, which aims to study with the students the basics of modern combined arms, military topography, engineering hostilities, basics of radiation, chemical and biological defense units,

- Military and military-technical and special training, which forms the students professionally oriented knowledge and skills needed to meet the challenges of the specialty. 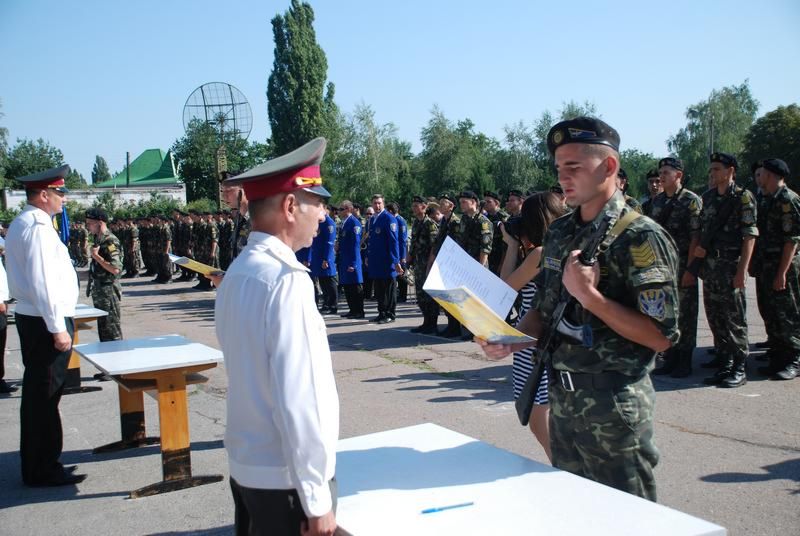 Taking the oath of allegiance to Ukraine

These issues are addressed during the sessions with students on the basis of one of the operating units of Poltava. Students, who completed a full course of military training, passed the final exam, took the military oath and certified to the officers, by the order of Minister of Defense of Ukraine and assigned initial officer rank, the lieutenant.

Reserve of junior lieutenants with the university administration and guests

Concert for the Day of the Armed Forces of Ukraine

Thus, students who pass the training program for reserve officers are the most active part of the university students for participation in public life, cultural and educational events and leisure activities, as well as marked initiative and persistence in study.