Students Of Military Department Get Ready For Final Examination

The students of the Military Department of National University “Yuri Kondratyuk Poltava Polytechnic” are doing a training session to improve their practical skills of marching, tactics and close combat, and prepare for the final examination. The training session of the military students of National University “Yuri Kondratyuk Poltava Polytechnic” is held at the Practical Training Center of the 179th Joined Educational and Training Center of the Armed Forces of Ukraine. The graduates of the Military Department are practicing the marching and close combat skills, learn modern military technology, prepare for the final examination and for taking the oath.

National University “Yuri Kondratyuk Poltava Polytechnic” is a higher education institution where students can undergo military training in the program of reserve officers, receive the officer’s rank combining it with their main specialization.

The Chief Head of the Military Department, Reserve Colonel of the Armed Forces of Ukraine Stanislav Kolomiiets said, “The training session only includes practical classes in tactic-specialized, technical and special training. It will last for 30 days. During it, the students have to prepare for the final exam, pass tactic-specialized classes at the communications equipment, perform shooting from assault rifles and guns, grenade throwing. As for me, girls are more responsible in the military service. They are excellent in the marching drills, even better than boys. We have 11 girls, who form a separate group and show extraordinary skills.”

Due to the pandemics and lockdown limitations, four learning groups were divided into small mobile groups of 10-12 people. They will pass examinations, do practical training and prepare for taking the oath in the same groups. After successful graduation and taking the oath, the students will receive the title of Reserve Junior Lieutenant.

In accordance with the decision of the Academic Board of National University “Yuri Kondratyuk Poltava Polytechnic”, the students of the Military Department are given 5 points to their academic rating every semester. The student should submit a certificate to the Students’ Parliament, which will accept it as a confirmation for awarding additional points to the student’s academic rating of this semester.

Those wishing to take classes in close combat can attend free classes of the Master of Sports, Honored Trainer of Ukraine, the Head of Poltava Regional Children’s Civic Organization “Soldier Military and Sport Center” Oleh Barysh.

“The Military Department have already trained more than 1000 reserve officers which have become specialists of leading Ukrainian companies, started their own business, serve at the Armed Forces of Ukraine, do science or work at the university,” mentioned Mykola Borozdin.

The future reserve officers shared their impressions and plans for the future. Two years of studying, strict and fair teachers, new friends will make certain contributions to their lives.

“I started studying at the Military Department, because after the military service I felt like I should serve to the country more. To return to the military more prepared and motivated, I wanted to receive a primary title of reserve junior lieutenant. I don’t have problems with studying, I like the friendly united team. I’ve found friends who are always able to help and support me. The education process is not overloaded with theory, there is a possibility to work with modern military equipment. The combination of theory and practice is appropriate, the training sessions include the most practice,” the reserve soldier of the Armed Forces of Ukraine Oleksandr Rieznik said.

The fifth-year student of Poltava Law Institute Inna Syza said, “As for me, the military service is very prestigious. I do not divide professions into male and female, I believe women and men are equal in rights. I want to connect my career with the military; I dream of working as a military lawyer. Studying at the Military Department gave me support, discipline, team spirit, many practical knowledge in the military. I like to assemble weapons, work with maps and the communications.” 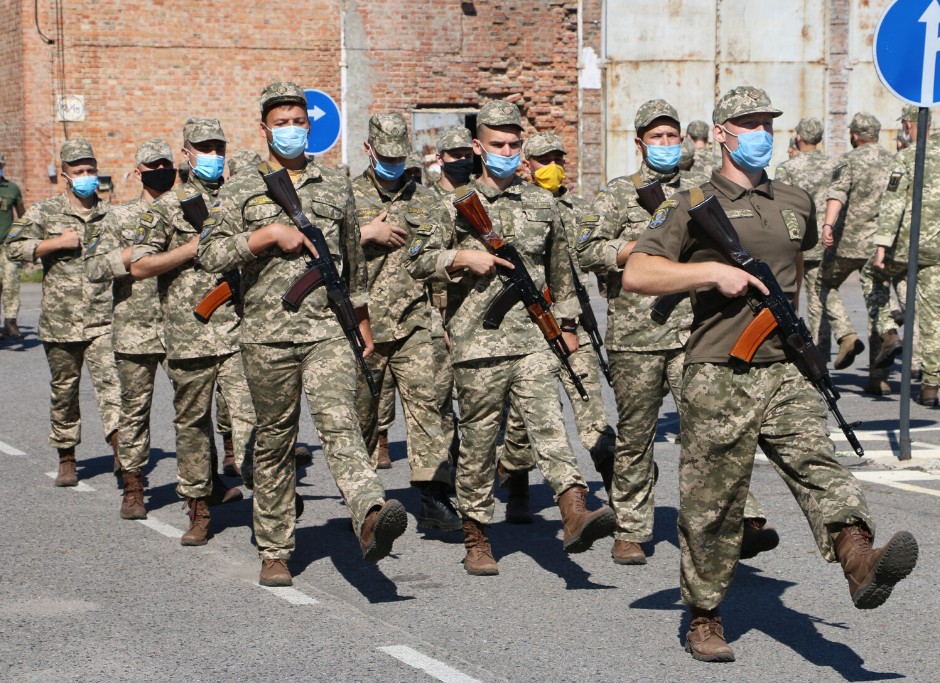 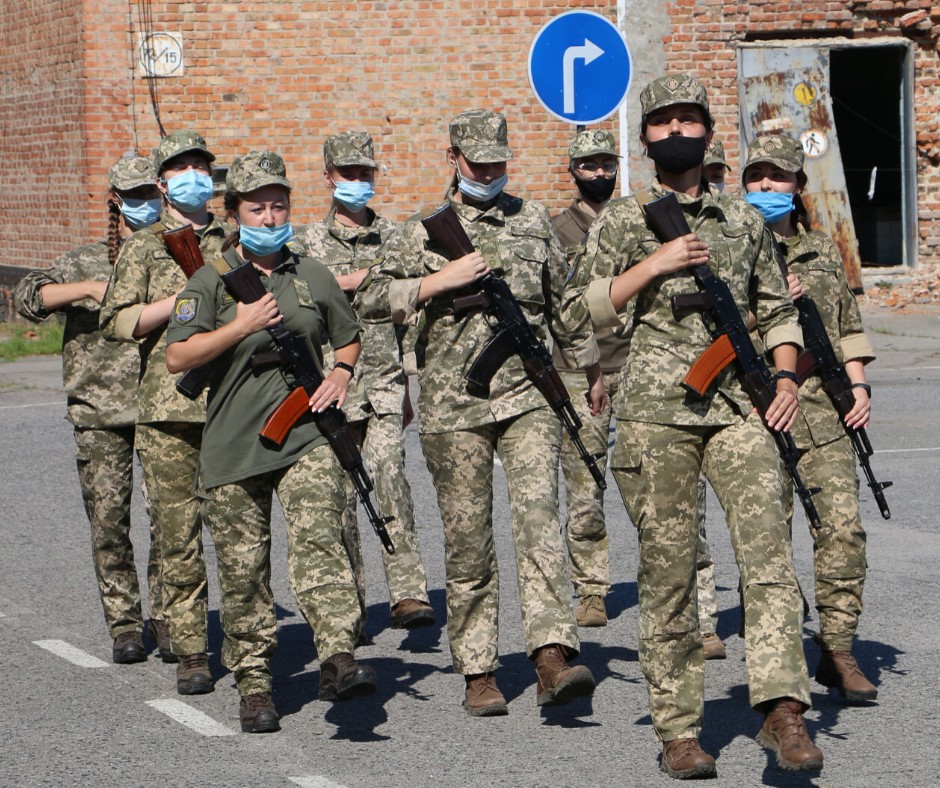 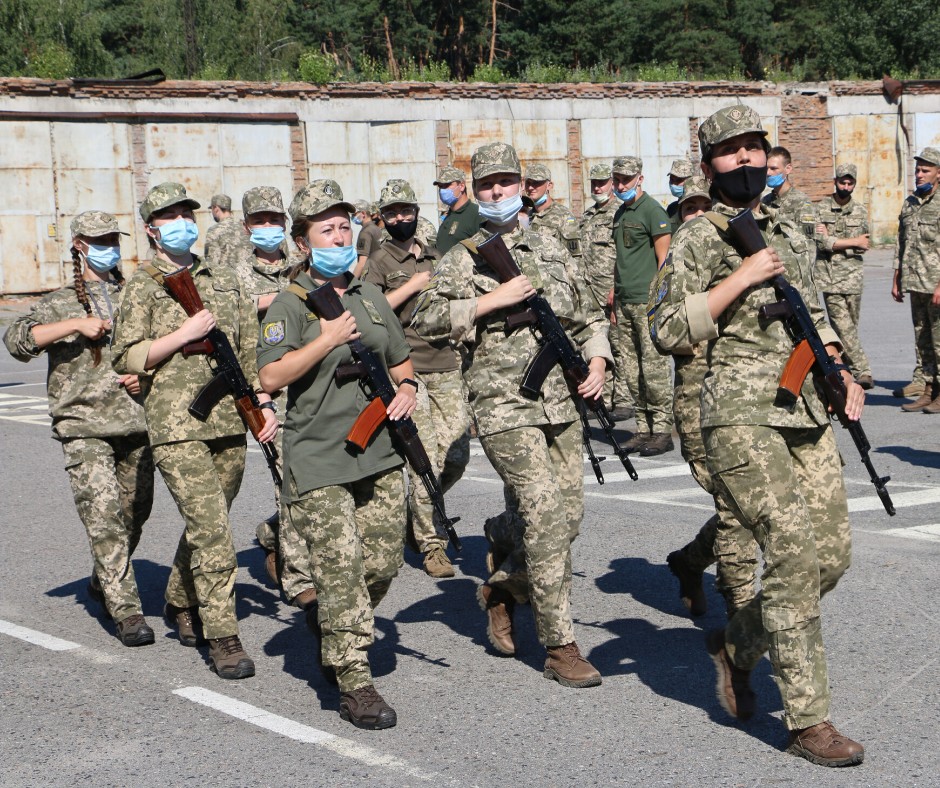 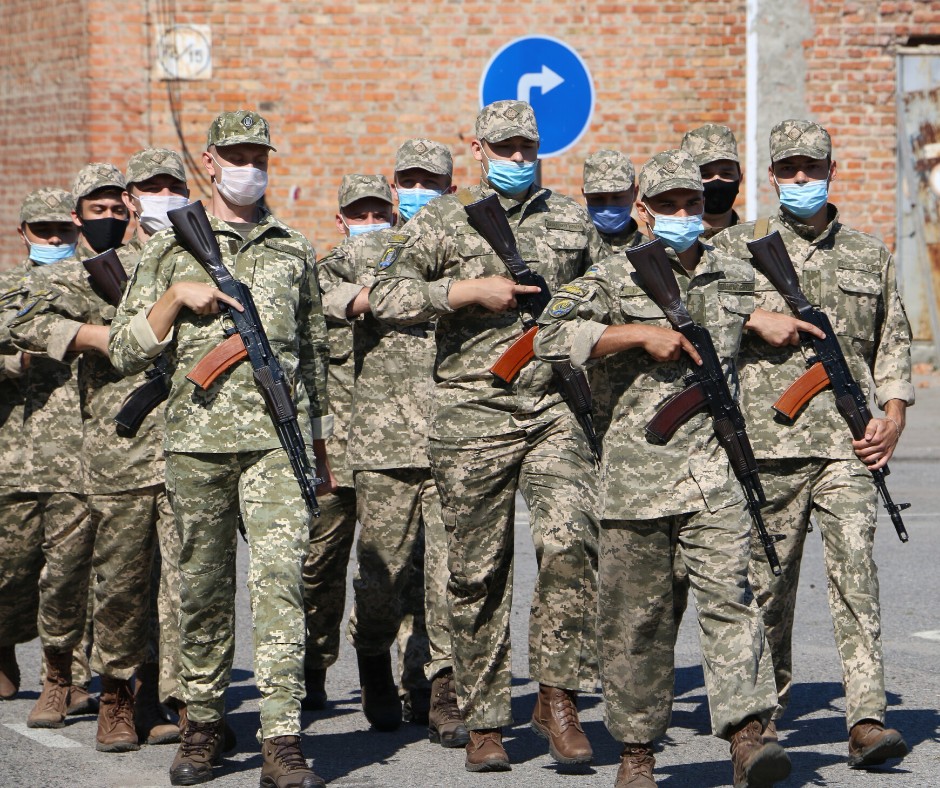 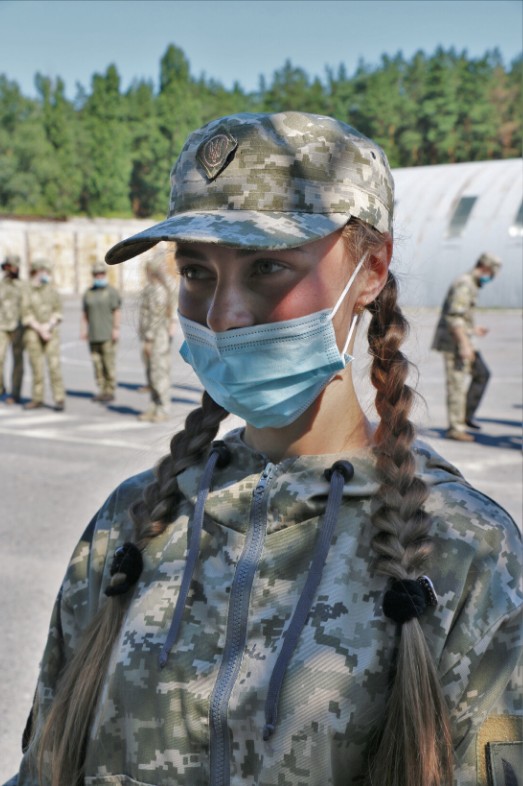 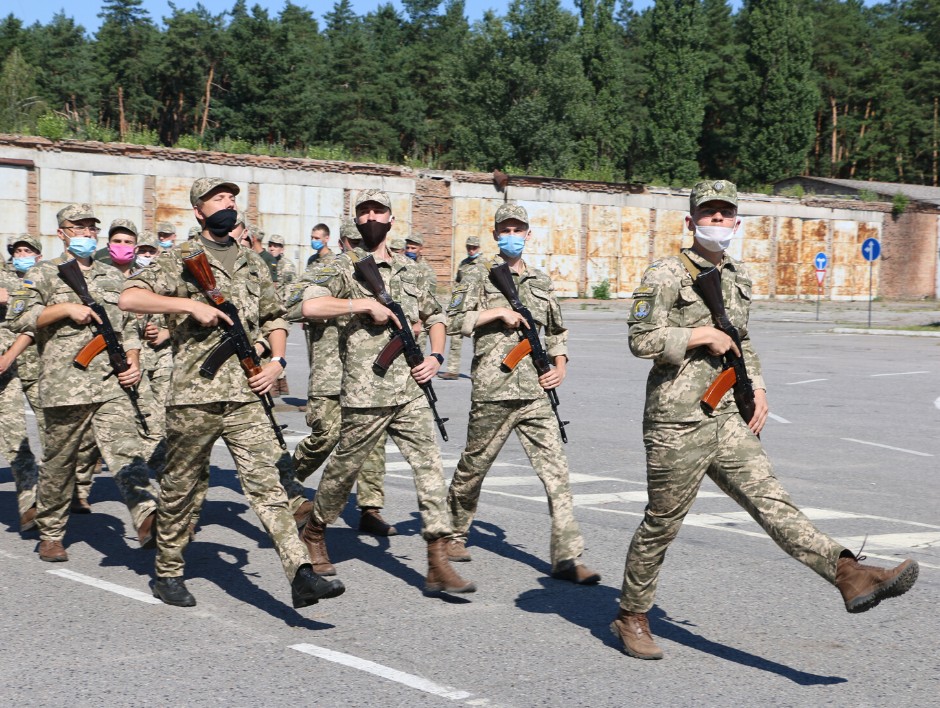 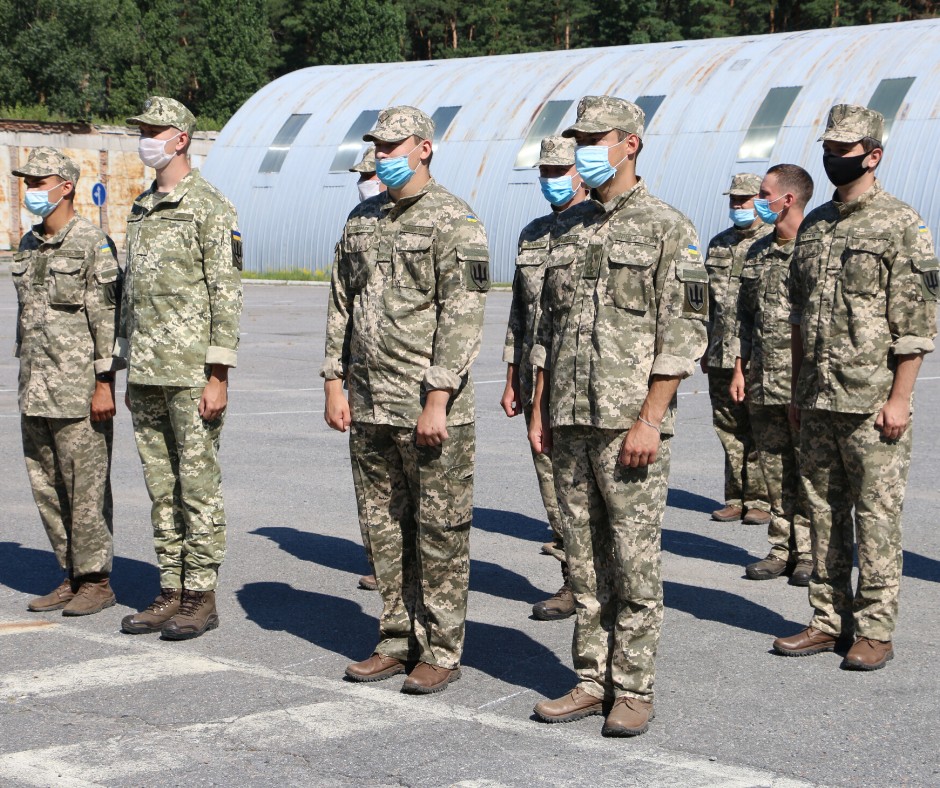 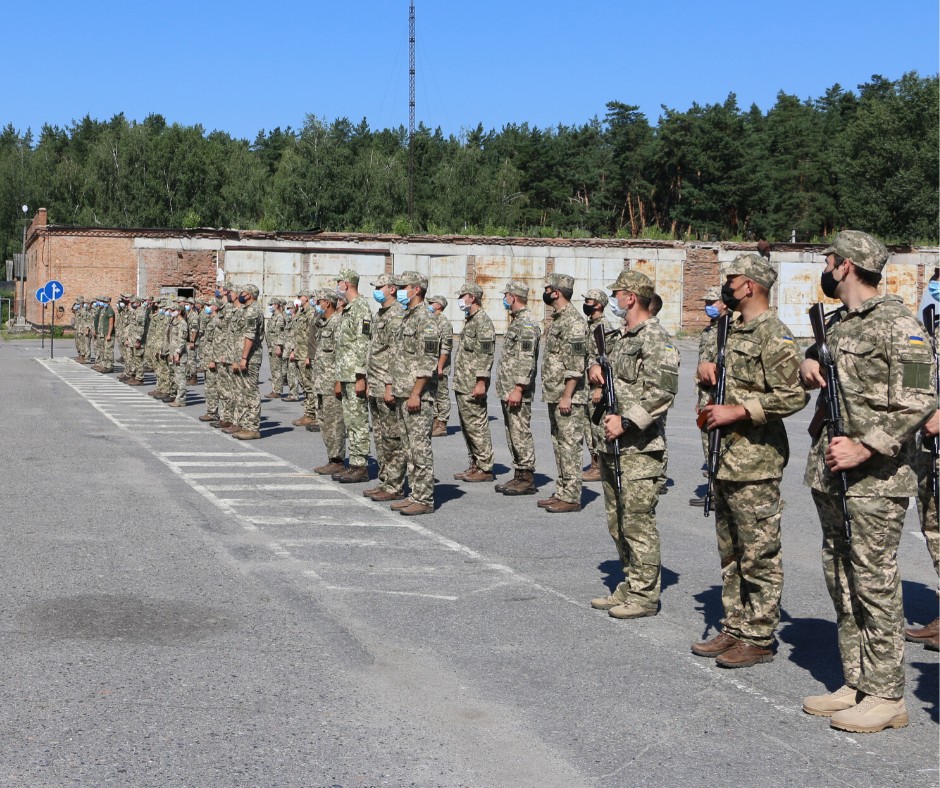 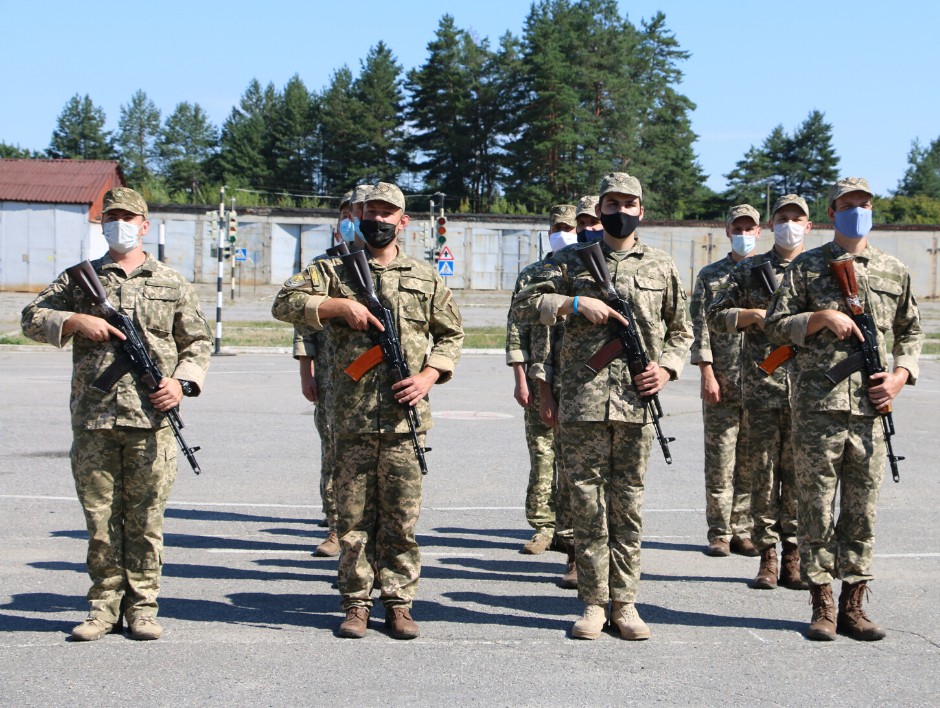 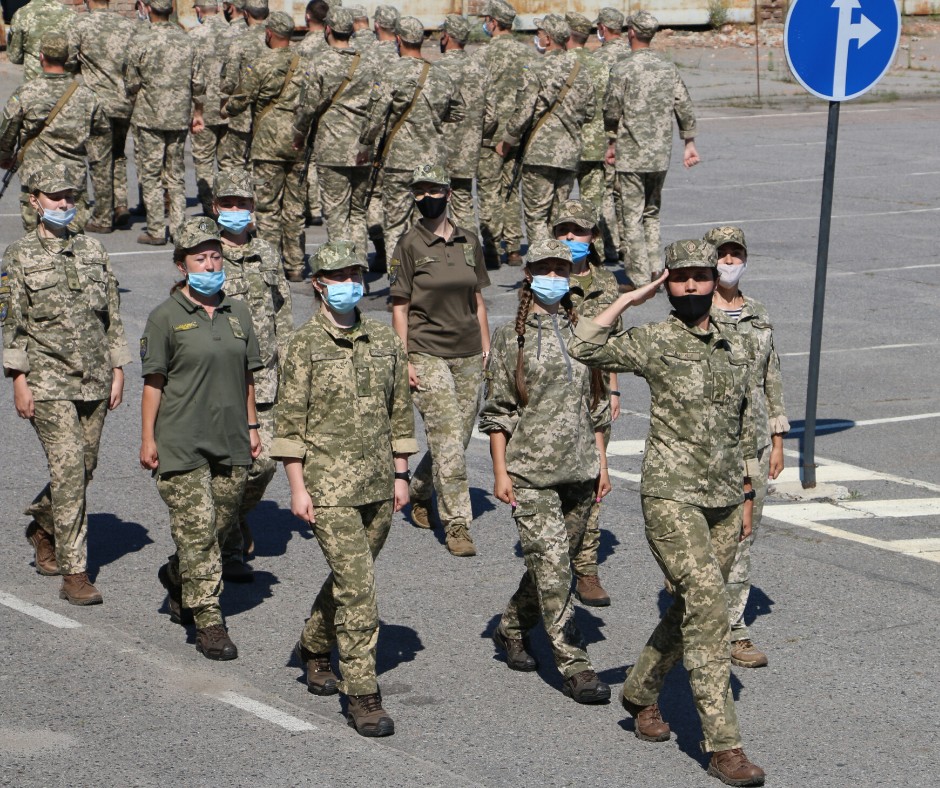 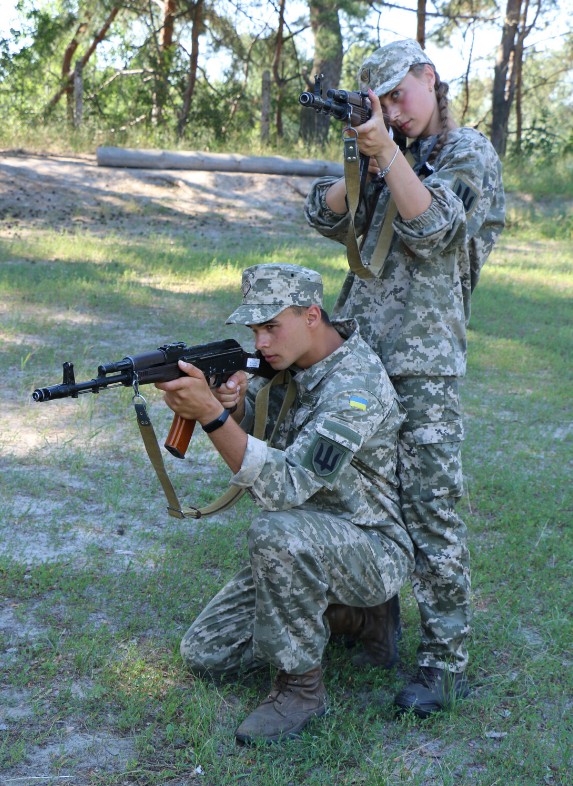 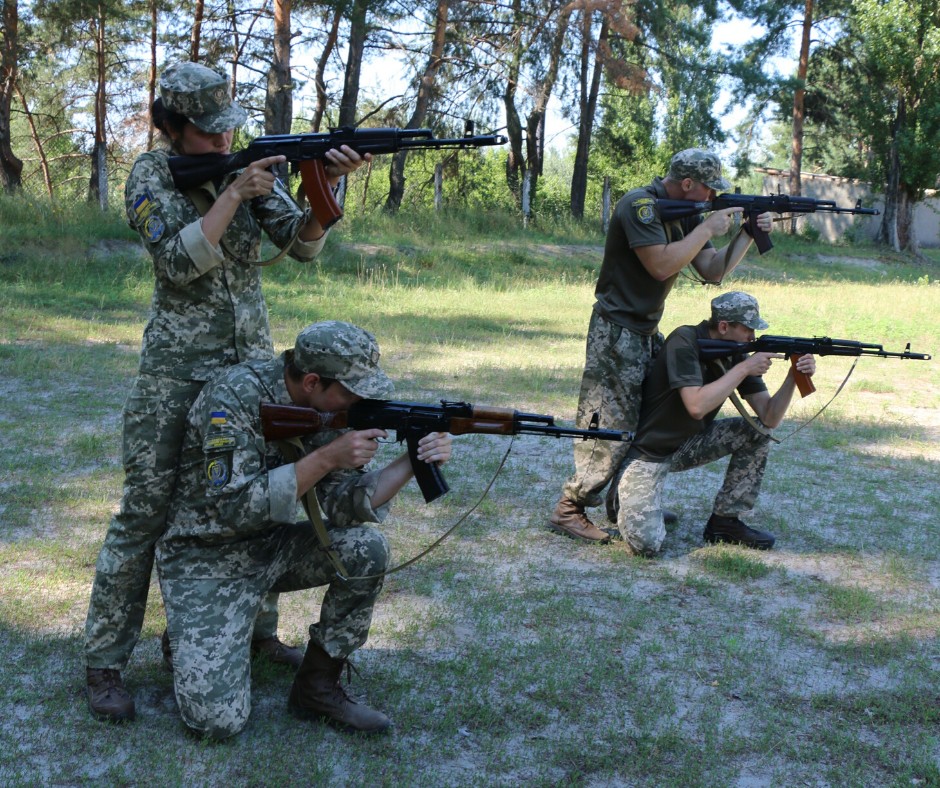 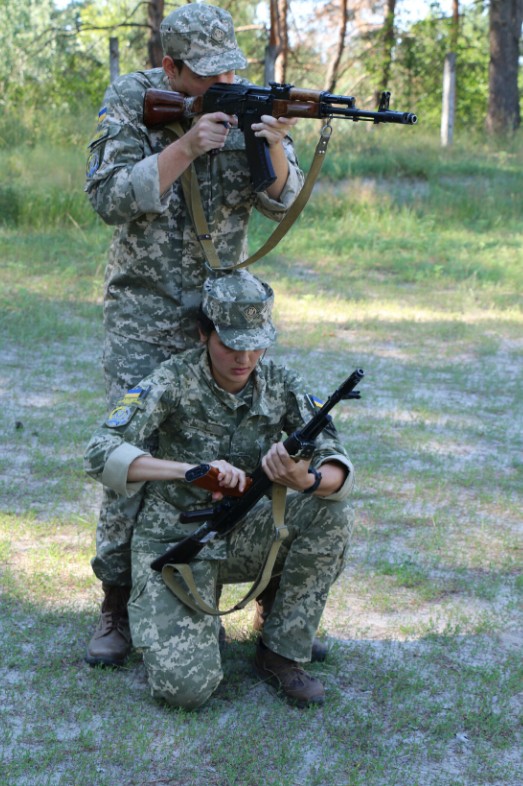 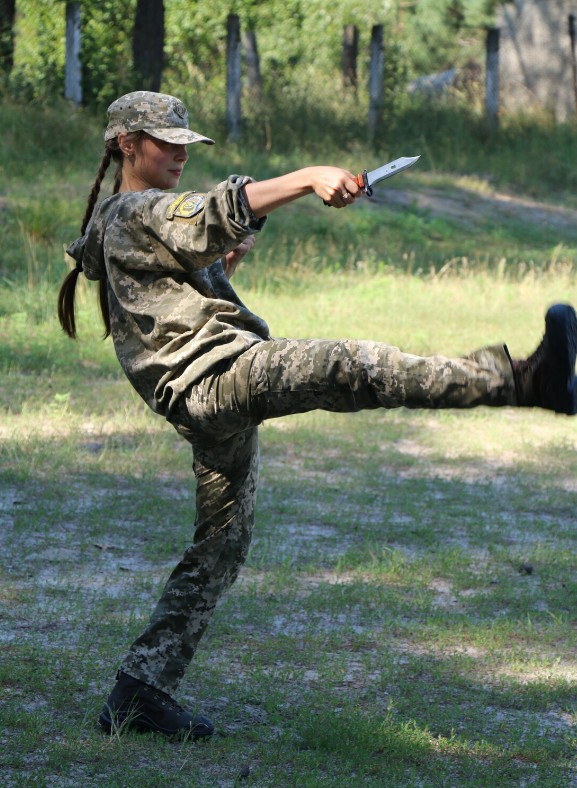 Students Of Military Department Get Ready For Final Examination