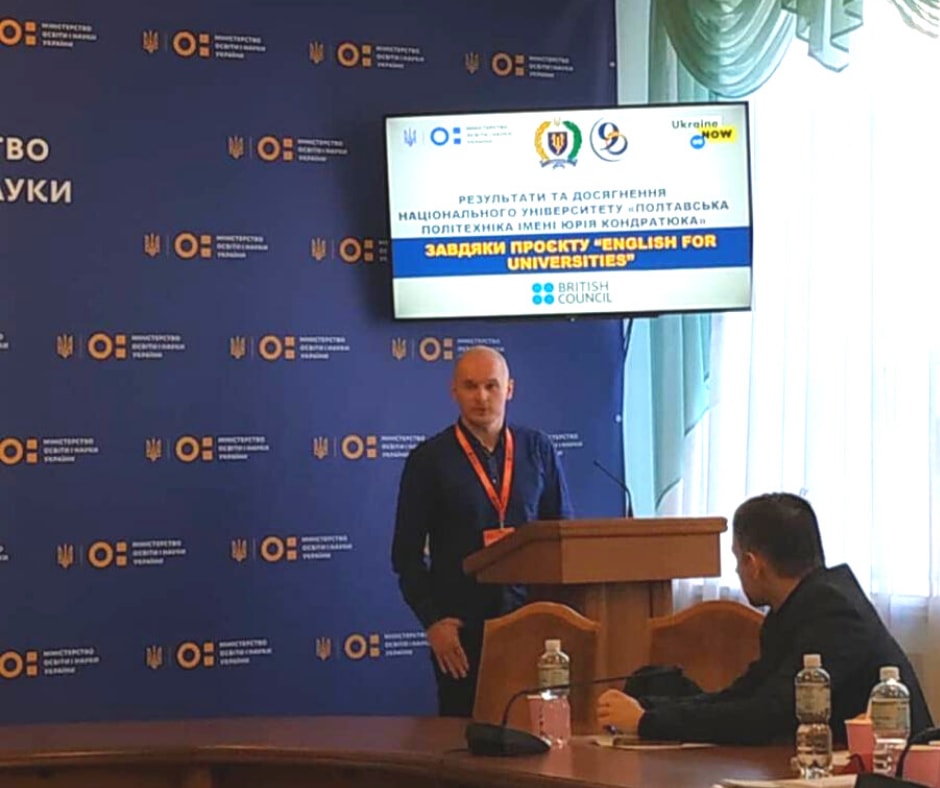 The seminar took place on March 12-13, and became the last event to be held in real life.

Among the speakers there was the deputy Minister of Education and Science of Ukraine Yehor Stadnyi who informed the participants about the Ministry’s strategic goals on higher education reforms. In particular, he noticed the importance of switching the universities to bilingual status in a few years, and that is going to be encouraged by the Ministry.

“Universities have to create competition conditions among the enrollees so that the most prepared ones will become students who will be able to master the educational program provided in English. The reform has to be “centred around teaching”, that is encouraging the teacher skills development (with financial rewards) has to be a part of staff policy at universities. English is a concern for the whole university and not for certain staff members. We have to pay special attention to speaking as the traditionally least developed skill in English usage,” said the deputy Minister.

After pointing out the strategic goals, an open discussion with state expert Maryna Mruga and manager of projects in English Zhanna Sevastianova took place. The participants outlined the measures to enhance the teaching quality at universities which should be introduced first of all.

Associate professor of the Department of Oil and Gas Engineering and Technologies, candidate of technical science Oleksandr Petrash presented the experience of National University “Yuri Kondratyuk Poltava Polytechnic” in solving the problem and overcoming the challenges in the English language introduction in higher education. Particularly, he spoke about the considerable experience of teaching technical subjects to international students in engineering. The participation in the projects of the British Council in Ukraine gave great results for the university, such as the introduction of the double diploma program with Greenwich University (London, the UK), regular level of English evaluation with Aptis, a multi-level flexible test by the British Council, and progressive approach to new study program preparation. The leading role in preparing both students and teachers for education in English belongs to the Department of General Linguistics and Foreign Languages.

The participants of the seminar discussed several key ideas, such as implementing obligatory regular testing of teachers in the knowledge of English, reducing the organizational work for EMI (English as Medium of Instruction) teachers, motivating them for advanced professional training particularly in English, improving the psychological atmosphere among the staff members as a way to effectively combine young scientists’ skills and older generation’s experience.

The representative of National University “Yuri Kondratyuk Poltava Polytechnic” joined the group of EMI teachers who prepared the project on additions and recommendations for Conceptual Basics.

“We have developed two groups of recommendations. They are “Motivations” (involving stakeholders in creating motivation for students to study specialty subjects in English, financial, organizational motivations, methodological resources) and “Teaching level enhancement”, making in total more than twenty nominations. The results of the work were presented to the representatives of the British Council in Ukraine, the Ministry, departments and universities participating in the project. The next working stage requires every university to submit comments on the Conceptual Basics to the British Council in Ukraine. Universities also present information about those parts of the Conceptual Basics which have already been implemented (and have shown results) at the university, and those which the university wants to pilot and will be ready to report on in future,” explained Oleksandr Petrash.

Now the work groups of teachers and administration are studying the conceptual basics project and developing recommendations on their improvement according to the experience of previous projects. 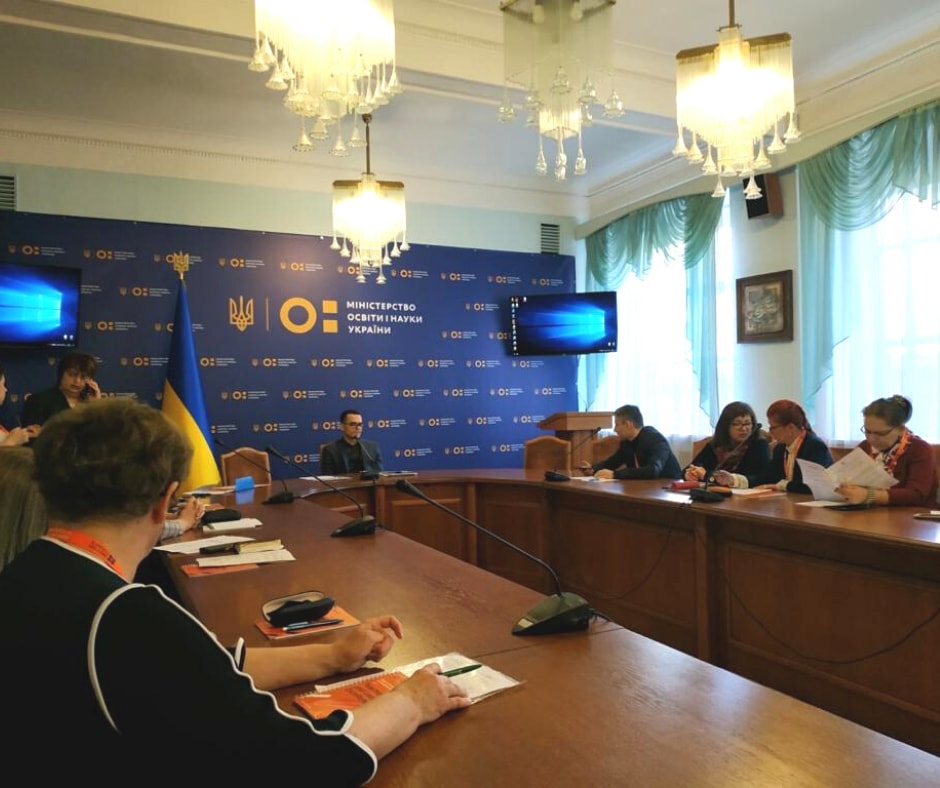 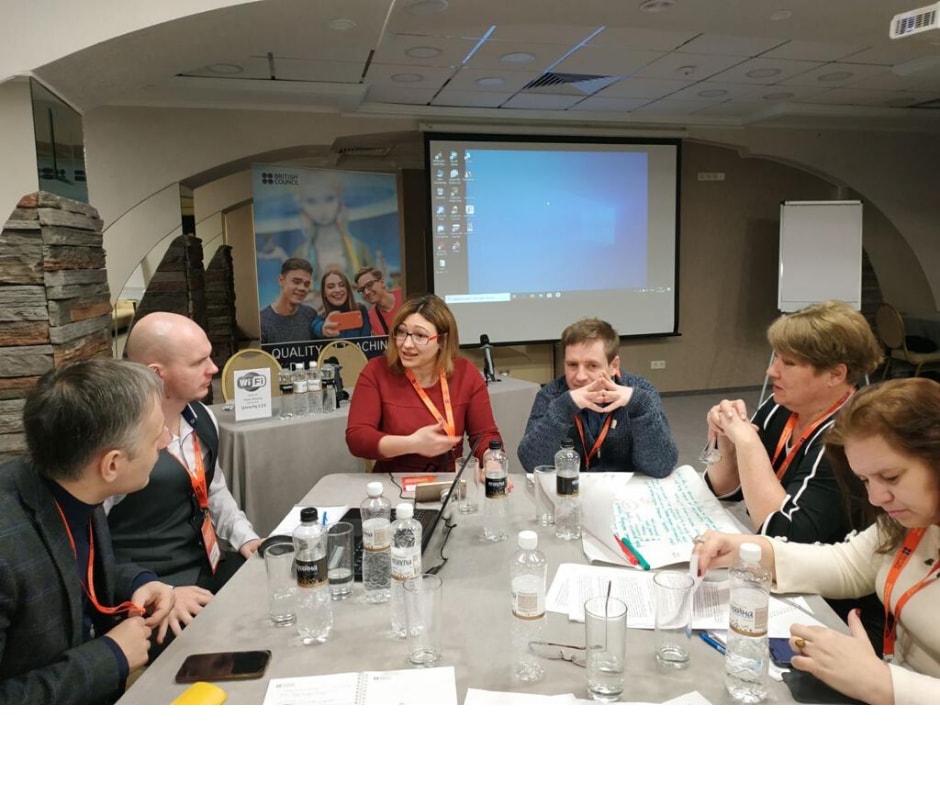 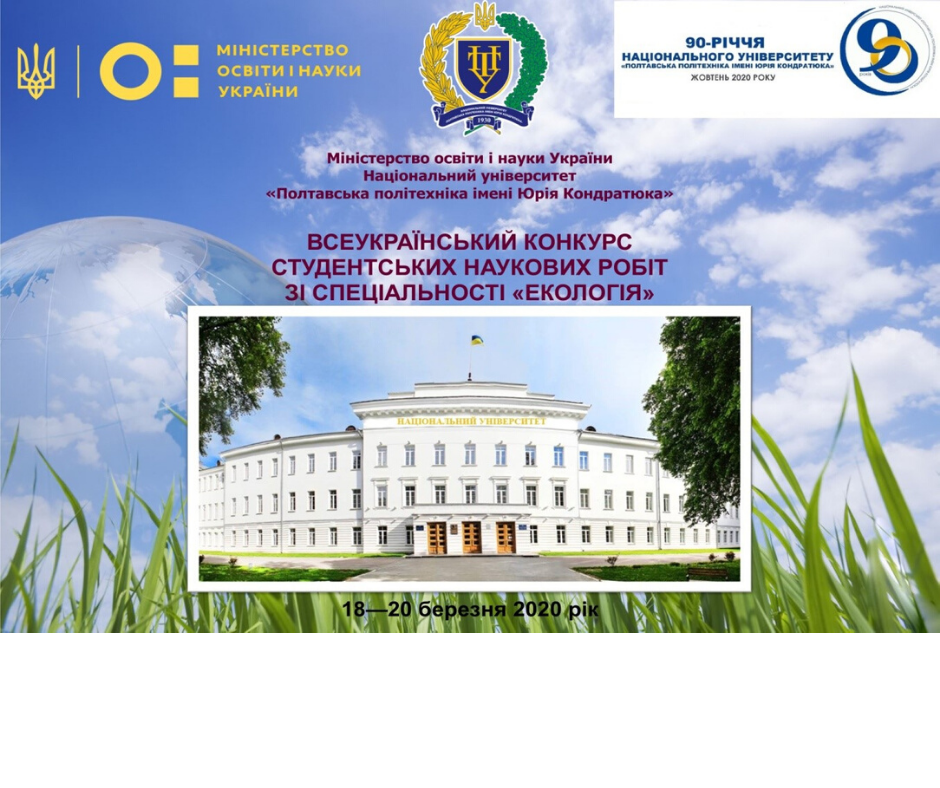 Ecology: the Winners of the Second Round of the All-Ukrainian Student Research Competition are Announced 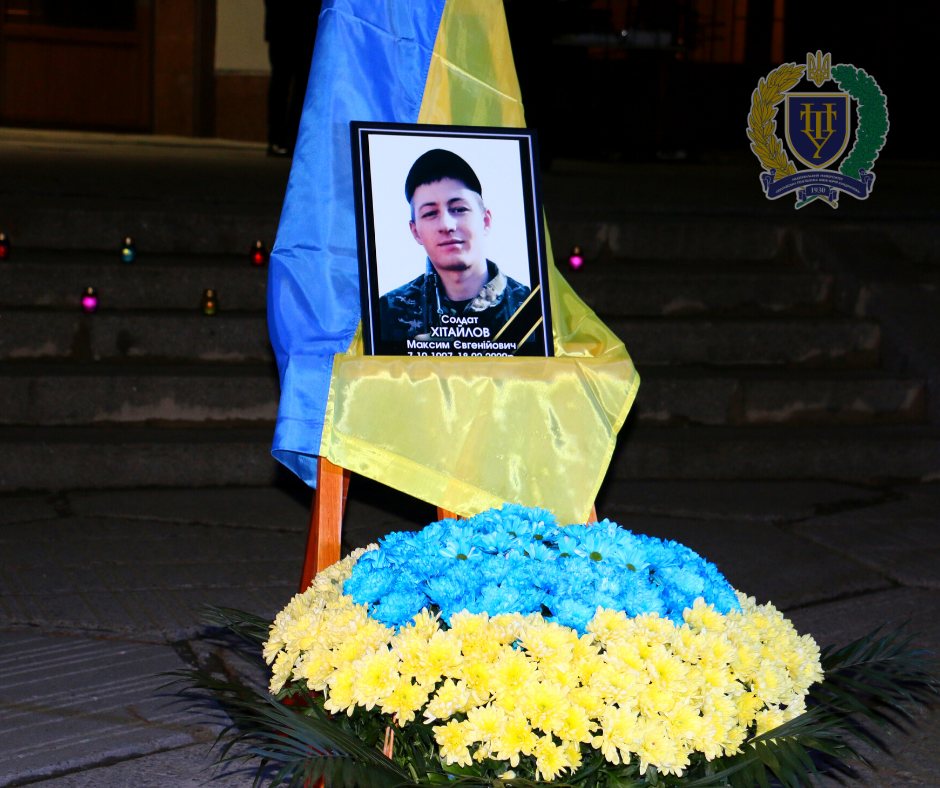