National University “Yuri Kondratyuk Poltava Polytechnic” was included in the Top-50 of the rating of the most popular higher education institutions for IT-specializations. The DOU Ranking was created taking into account the popularity of the offered specializations and the average rating score of the applicants. 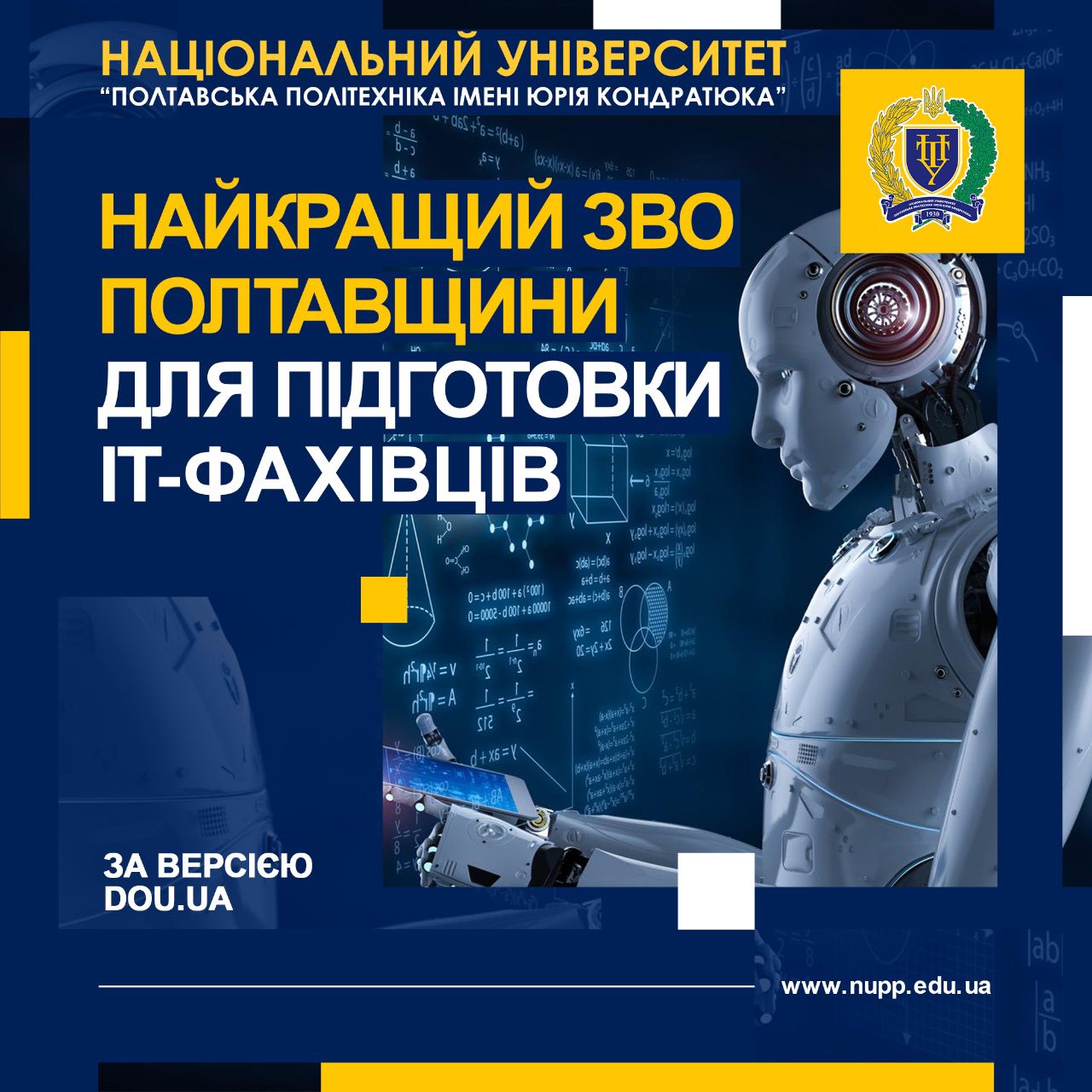 The most important criterion of the first university ranking published by DOU in 2016 was the thoughts of the university students and graduates. This year, the authors changed their methodology and put away the polls. They published an updated ranking of the most popular Ukrainian higher education institutions for IT industry to which the school leavers wanted to apply according to the results of the entrance campaign in 2020.

“We’ve counted the results of every higher education institutions that has IT or similar specializations using the data from the Unified State Electronic Database In Education. We’ve focused on the level of the applicants’ preparation and the popularization of the programs and counted the ranking with the average rating score and the number of applications for the program. We’ve analyzed such specializations as “Computer Sciences”, “Software Engineering”, “Cyber Security”, “Automation and Computer-Integrated Technologies”, “Information Systems and Technologies”, “System Analysis”, “Telecommunications and Radio Engineering”, “Applied Mathematics”, “Mathematics”, “Electronics”, “Applied Physics and Nanomaterials”,” DOU commented.

National University “Yuri Kondratyuk Poltava Polytechnic” entered the ranking of the best universities and was ranked 45th. In total, 82 universities from 27 Ukrainian cities were included in the list.