“The Challenges of the Age of Books”: Students and Teachers of Polytechnic Write Jubilee Radio Dictation

On November 9, students and teachers of National University “Yuri Kondratyuk Poltava Polytechnic” and Poltava Oil and Gas College joined the annual action on the occasion of the Day of Ukrainian Literature and Language — the XX All-Ukrainian Radio Dictation of National Unity, and shared their impressions. 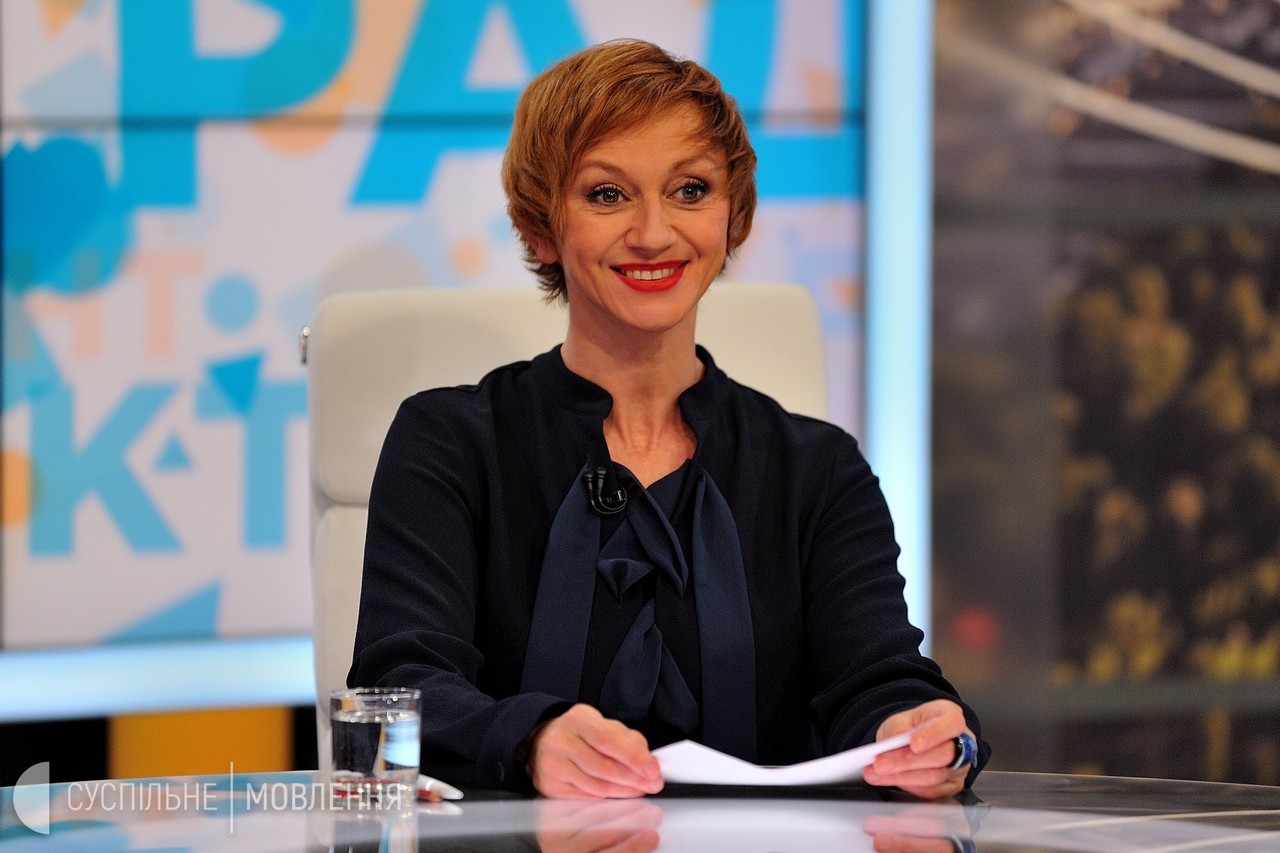 The organizer of the online space for writing the dictation was Faculty of Humanities of Poltava Polytechnic. The invitation to the event was posted a few days beforehand, so that everyone could join it on Zoom.

Everyone from all over the world could join the All-Ukrainian Radio Dictation of National Unity. The main offline space for the spelling test was the National Library of Ukraine named after Vernadskyi, where the Prime Minister of Ukraine Denys Shmyhal and the members of the Verkhovna Rada of Ukraine, as well as famous singers and musicians, diplomats and ministers wrote the dictation.

Writing the dictation on radio is not intended for checking the literacy of a certain person; it is held as a kind of flash mob uniting people around their native language. The text was broadcast on “Social Studies” and read by a popular Ukrainian actress Rymma Ziubina. This year’s dictation was called “The Challenges of the Age of Books”. The new rules of Ukrainian spelling were used in the text and great attention was paid to the punctuation. The author of the dictation is a well-known Ukrainian writer and publicist, winner of the Taras Shevchenko National Award of Ukraine Ivan Malkovych. 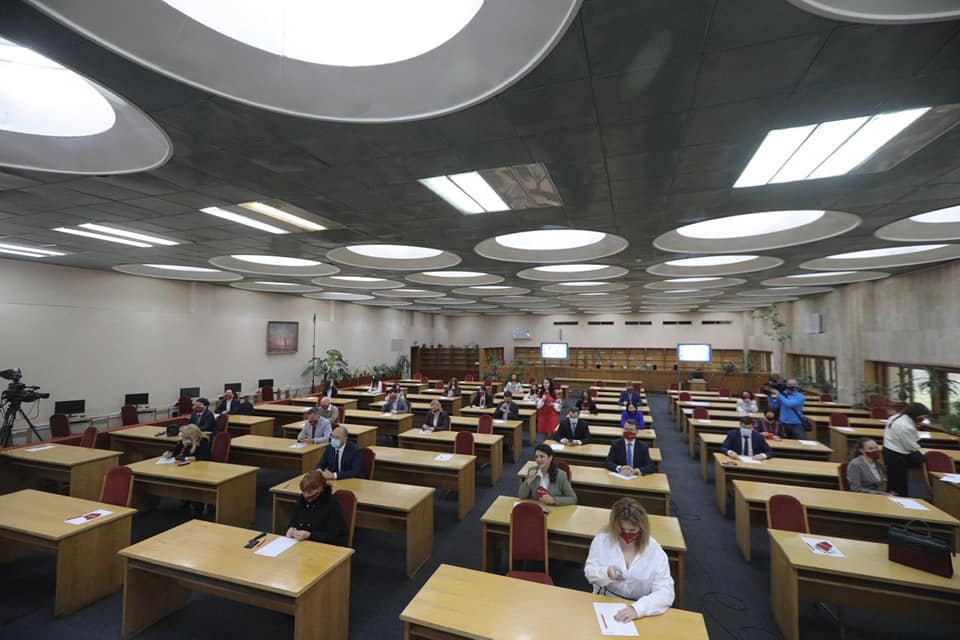 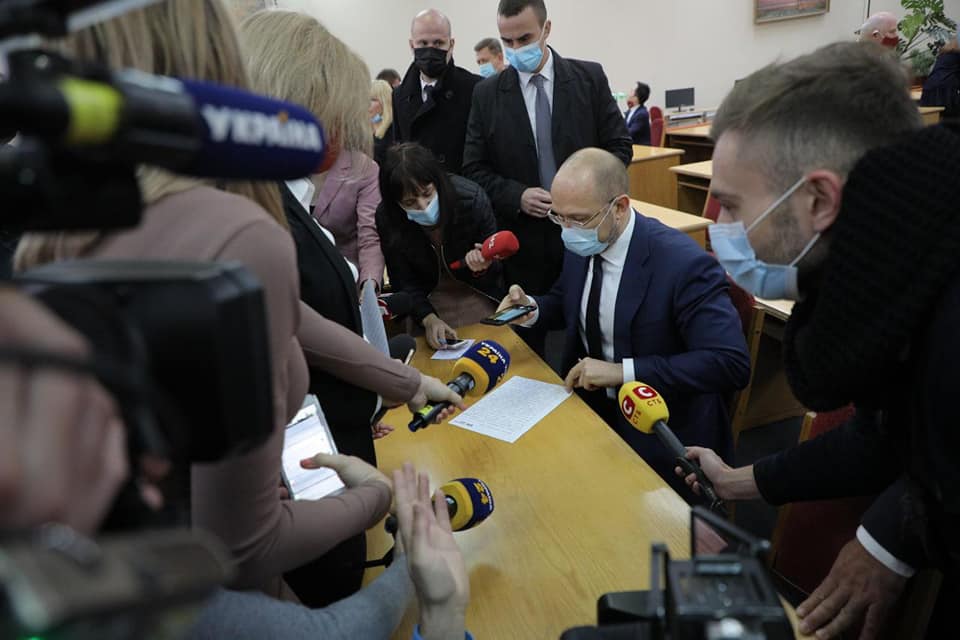 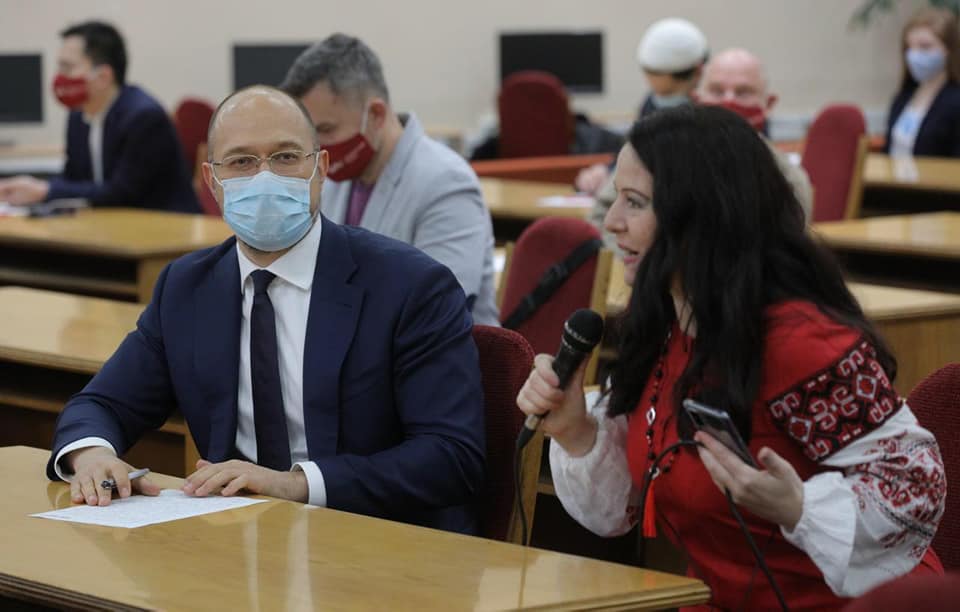 “We participate in the radio dictation every year, because it’s a great opportunity to unite people interested in the Ukrainian language and culture, real lovers of literature. It is pleasant to see that youth supports our initiative. This year, despite the overall business and the distanced form of education, more than 100 participant joined our event.

“The XX All-Ukrainian Radio Dictation of National Unity became the largest flash mob of autumn 2020, and the topic of the dictation “The Challenges of the Age of Books” reassured us that the problems of reading culture, respect to printed word is still relevant not only for teachers-philologists, but also for journalists, politicians, and public activists,” Anna Ageicheva, PhD in Pedagogy, Dean of Faculty of Humanities of National University “Yuri Kondratyuk Poltava Polytechnic”, commented. 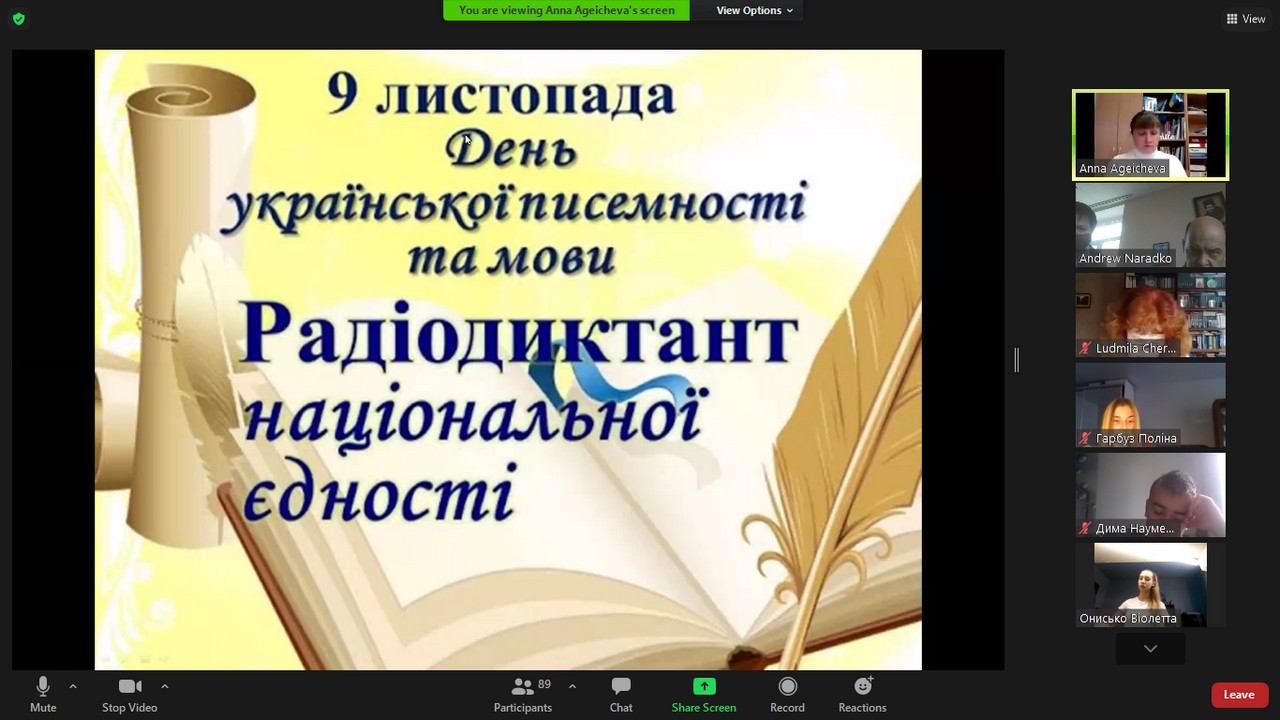 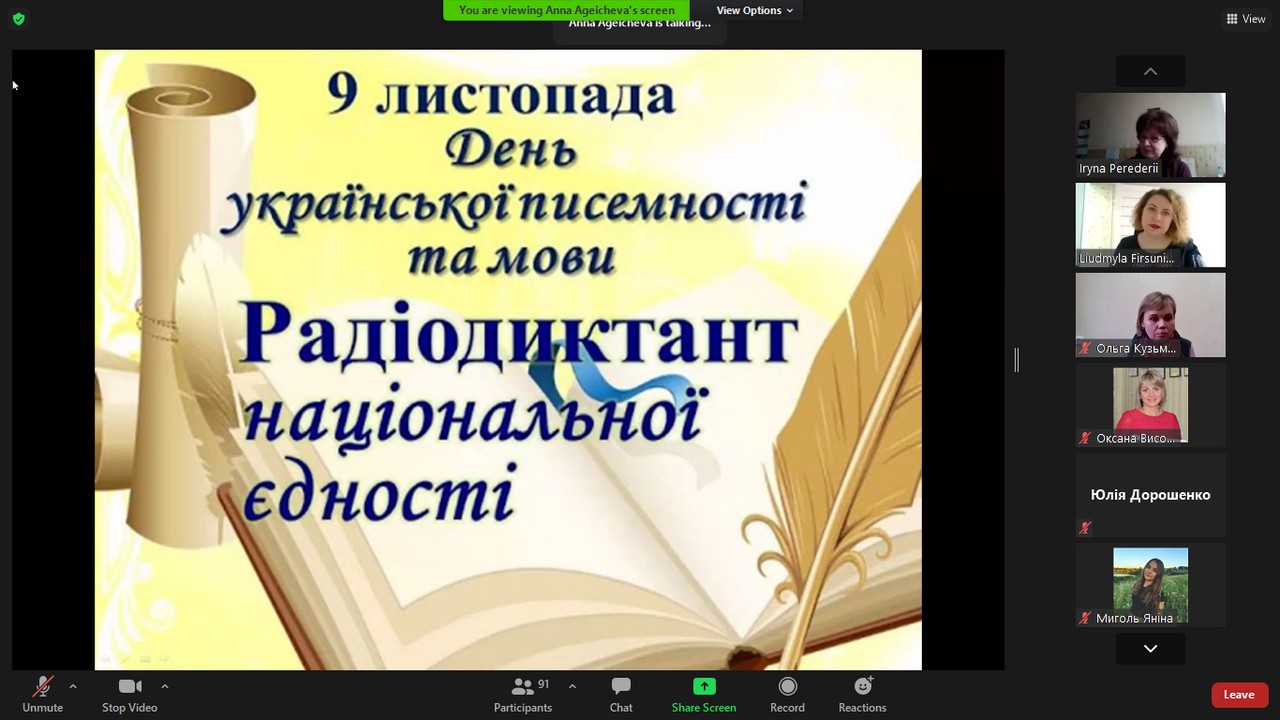 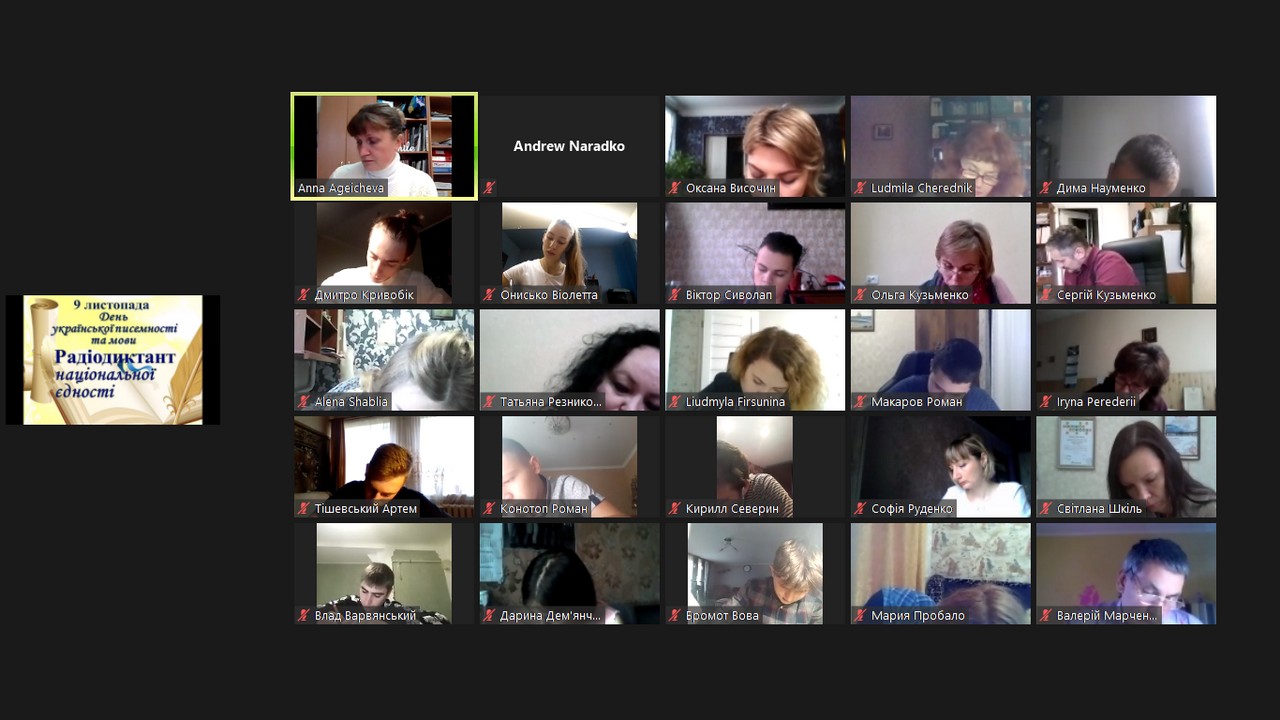 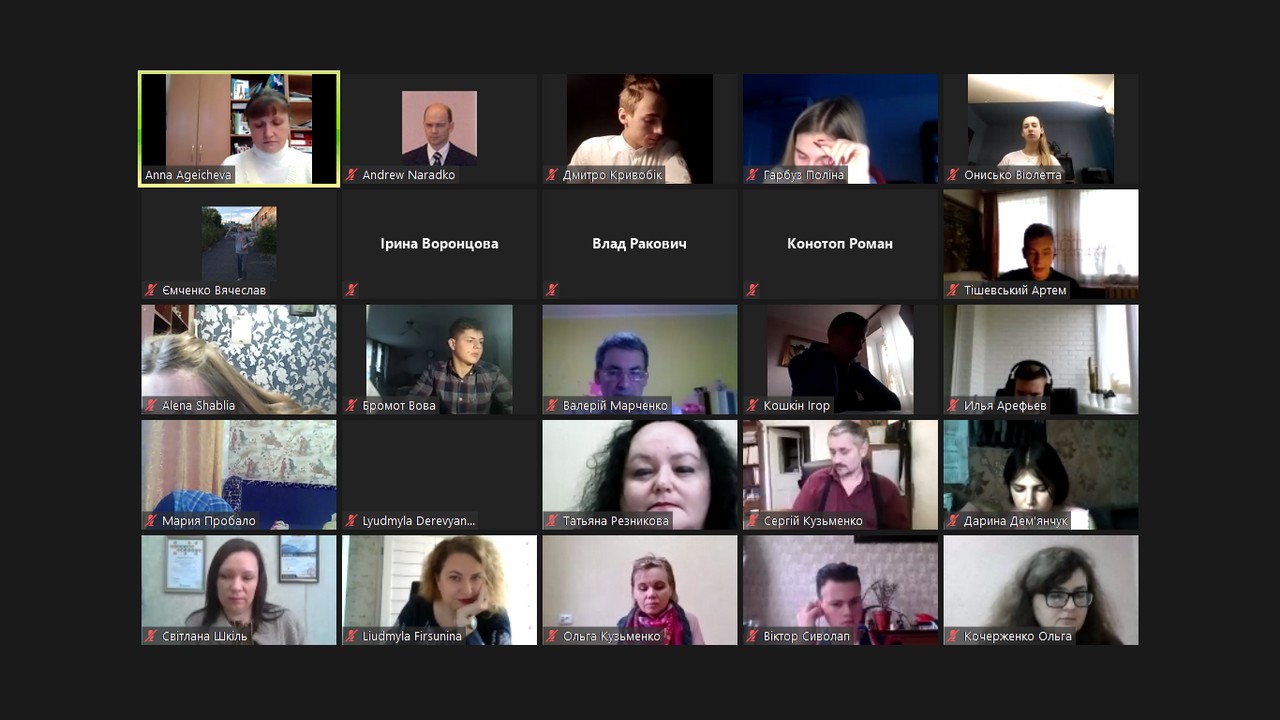 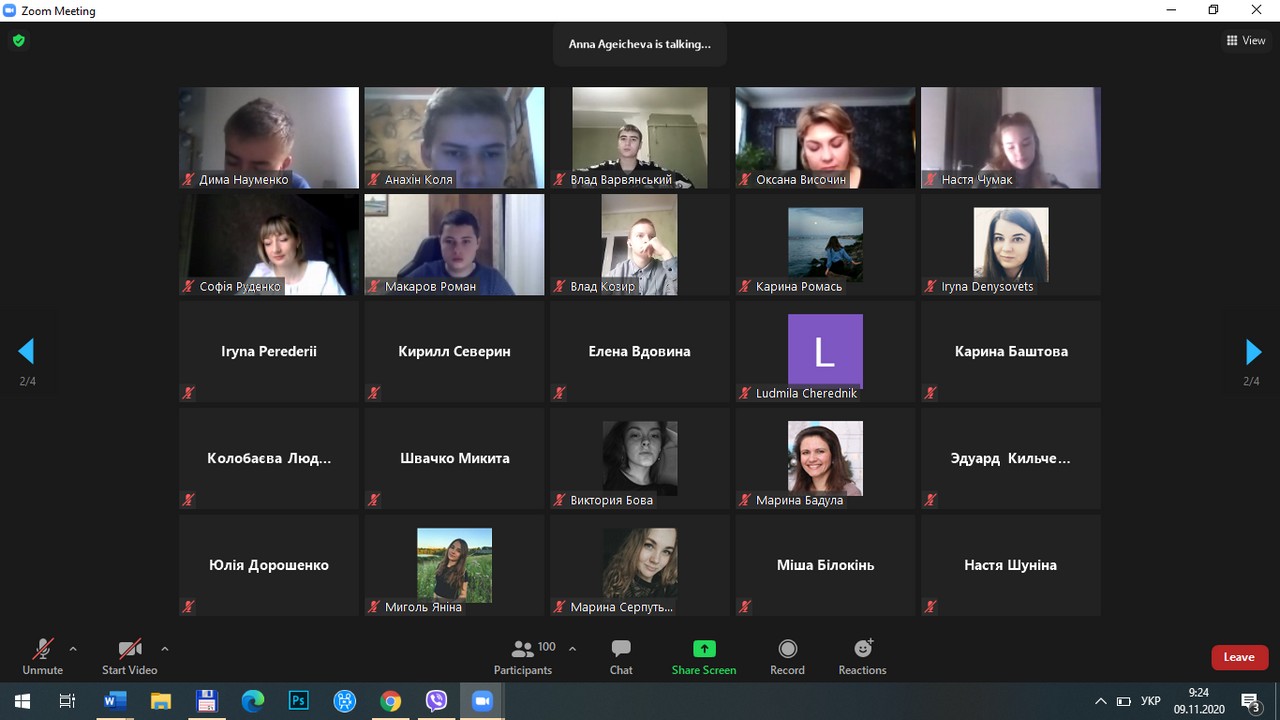 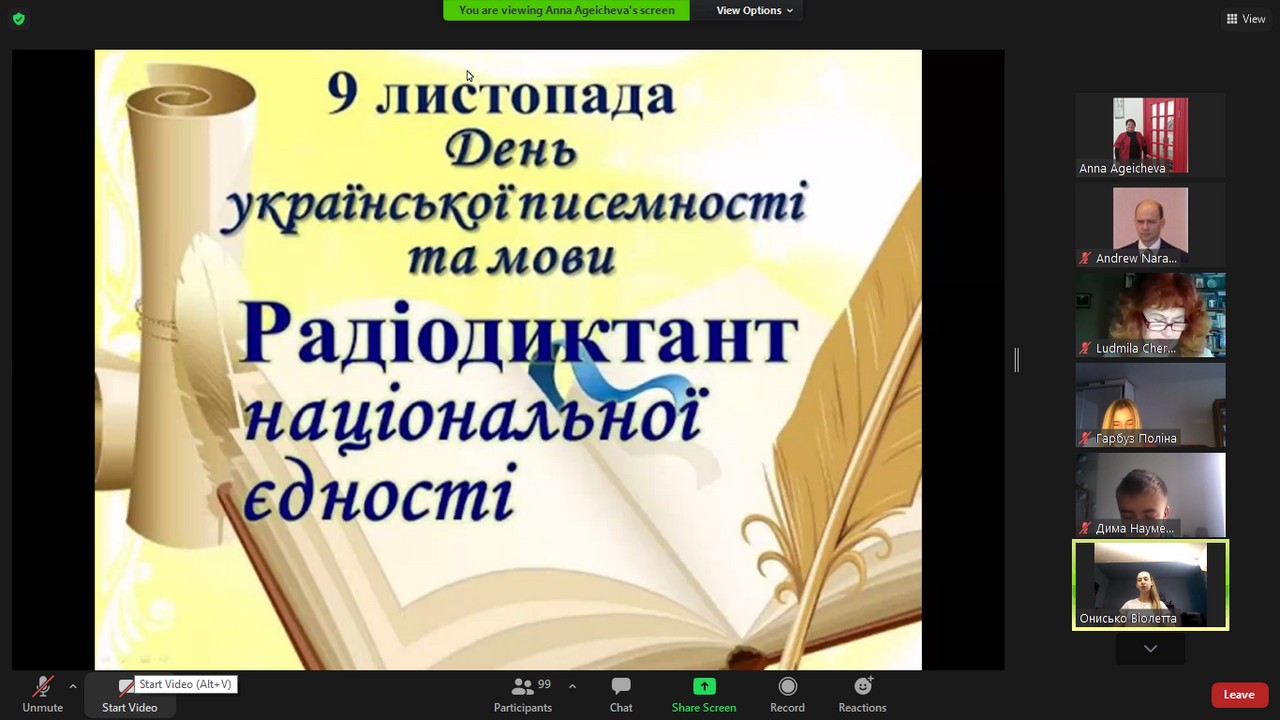 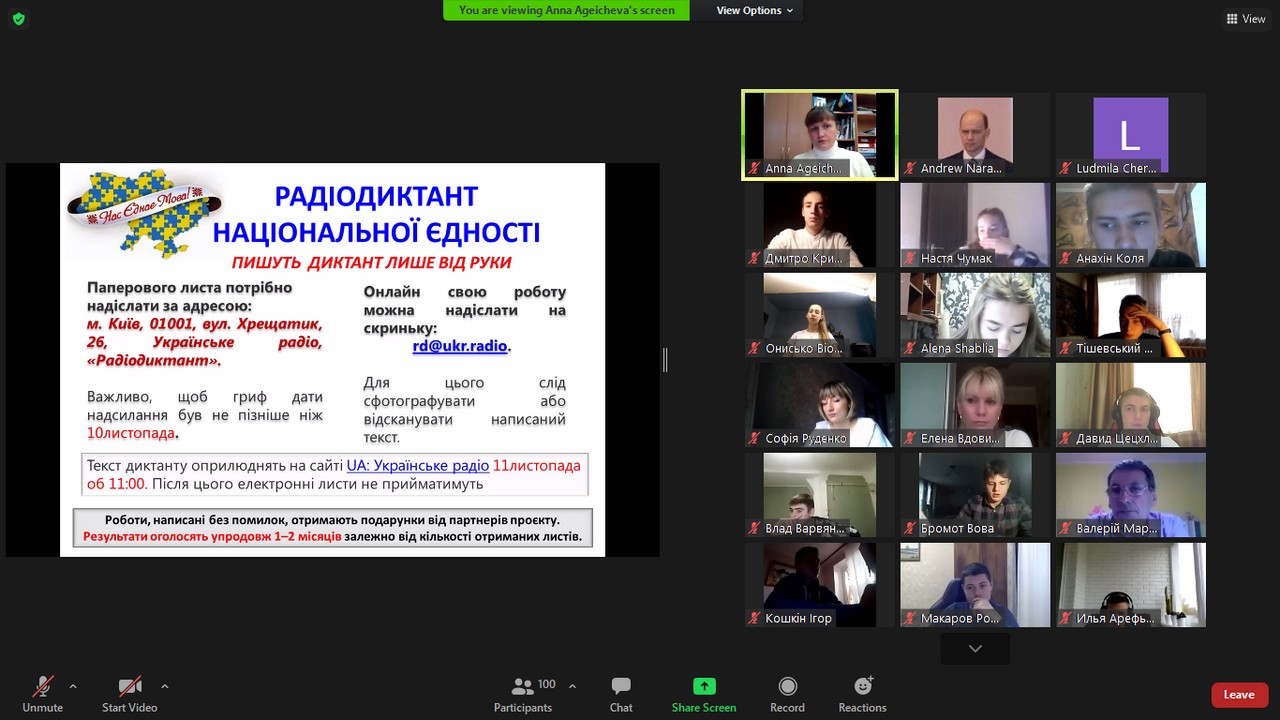 According to the moderator of the flash mob at Polytechnic Oksana Tur (Doctor of Pedagogy, Associate Professor of Department of Ukrainian Studies, Culture and Documentation), language is not simply a means of communication, it is a way of spiritual self-identity. Because people do not show their personality, culture and attitude to their nation, other peoples and the world with clothes, richness or other visual features. They do it with their language.

Were there any difficulties in the dictation? Teachers and students of National University “Yuri Kondratyuk Poltava Polytechnic” shared their impressions, noting that in general the text was of average level.

“As for me, the dictation this year was easier that last year. Such large-scale events for uniting Ukrainians and promoting our language are incredibly important for our country,” participant of the event, student of group 401HD of Faculty of Humanities Iryna Panchenko said.

“The All-Ukrainian Dictation allows us to think once again about how important our native language is for us. So we were glad and inspired to join the flash mob,” student of group 601HD Liubov Storozhenko added.

Student of group 101pEF Daiana Tiutiunnyk prepared for the test thoroughly and hoped for a good result, although it was the first time writing the radio dictation for her.

According to Liudmyla Derevianko (PhD in Philology, Associate Professor of Department of Ukrainian Studies, Culture and Documentation), this year the dictation had a higher difficulty level in comparison with the last year’s text.